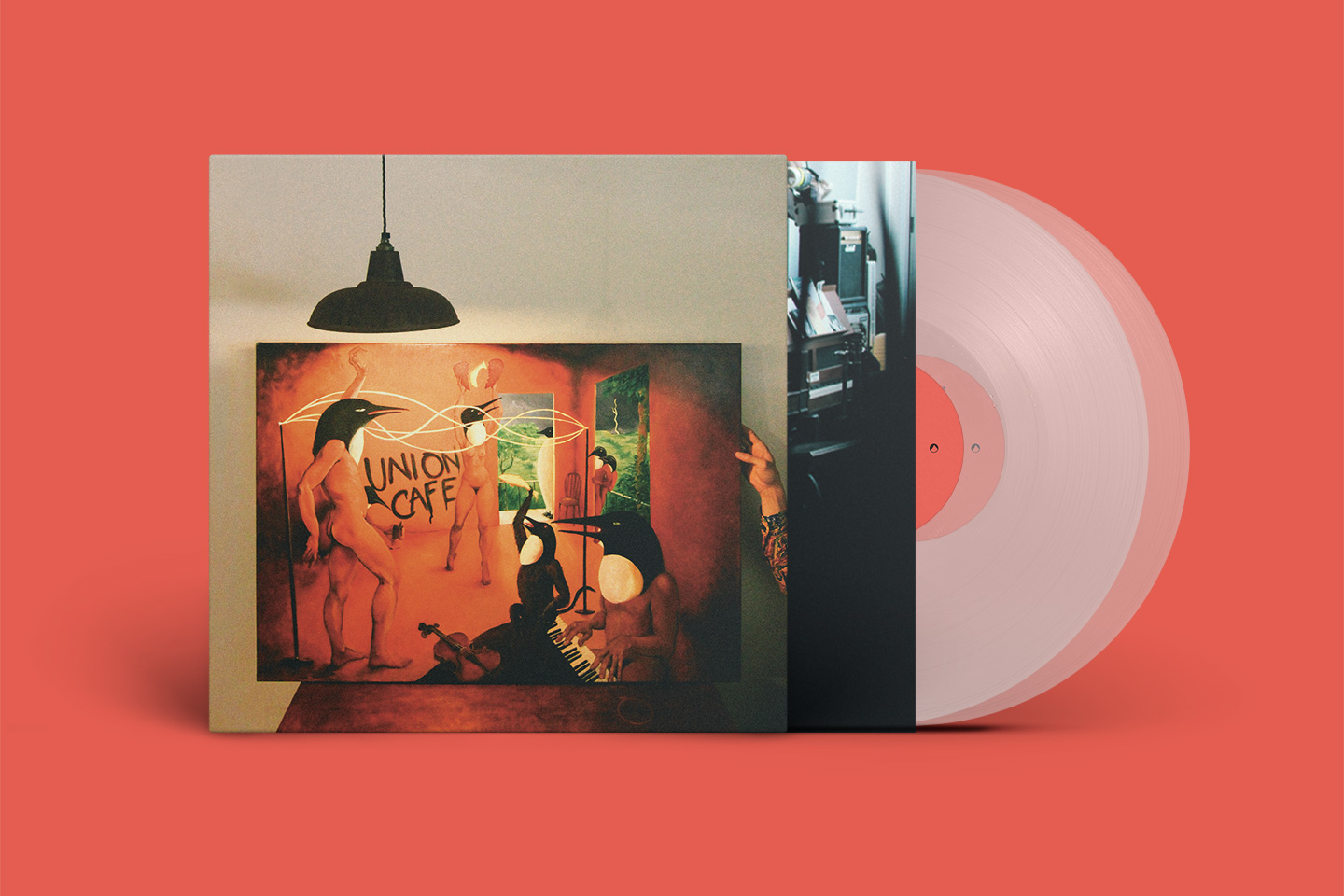 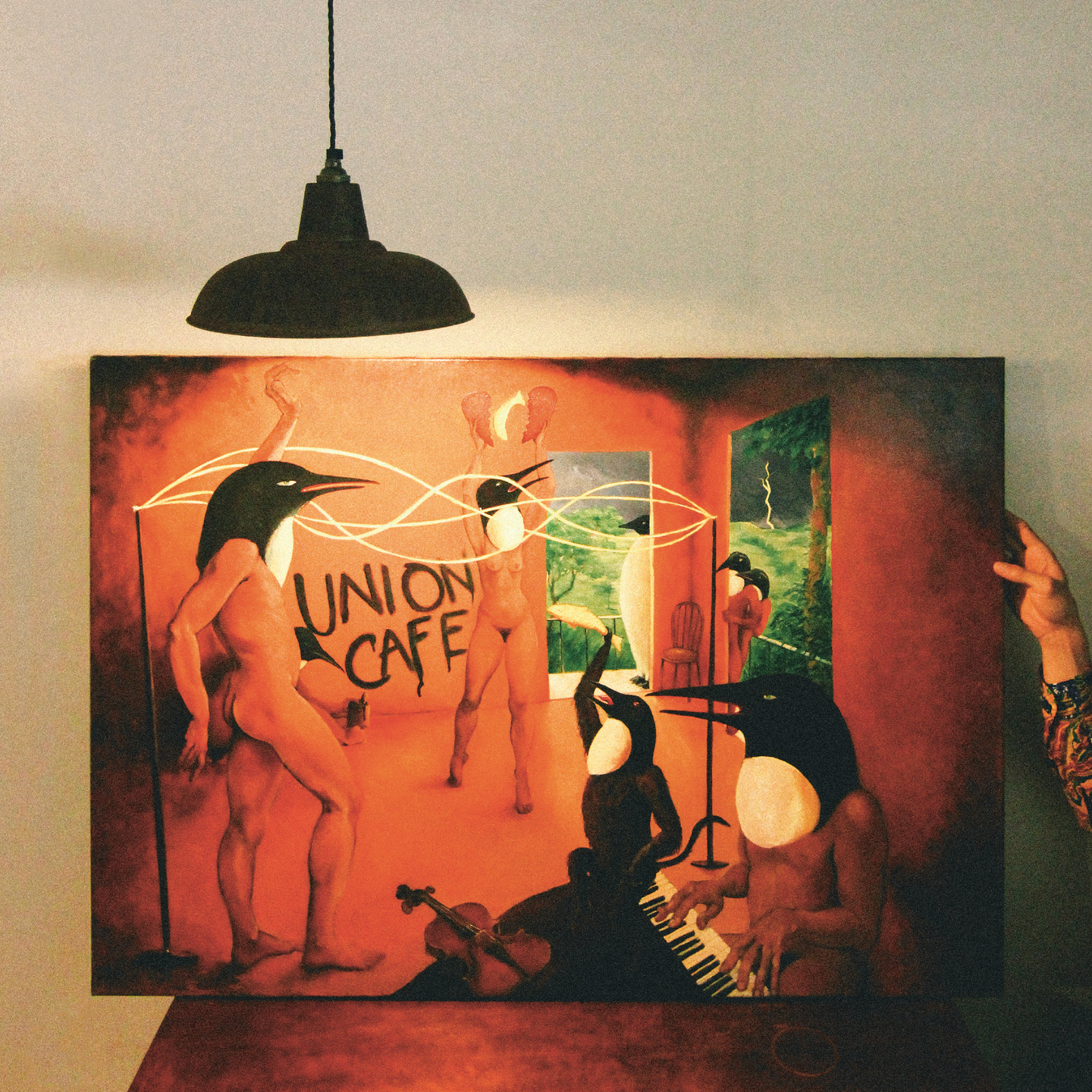 Erased Tapes has the huge privilege of reissuing the original Penguin Cafe Orchestra’s last ever studio album Union Cafe including a first time vinyl edition — out December 1st 2017 to coincide with the 20th Anniversary of founder Simon Jeffes’ passing in 1997.

It was 1972 in the South of France when Simon had an unfortunate experience with food poisoning which lead to a much more fortunate circumstance when a vivid dream, induced from his illness and depicting a dystopian future, conceived the Penguin Cafe; a charming place where solace, harmony, and the orchestra’s unique music could be found amidst brutal concrete structures and darkness. For the following 25 years, Simon carried out this vision bringing brightness into a world full of noise. Sadly, after his passing, the original orchestra disbanded, but the doors to this happy place reopened when his son Arthur decided to continue his father’s legacy under the name Penguin Cafe.

The continuation of the PCO began at London’s Union Chapel in 2007 when Arthur and the original musicians commemorated Simon 10 years after his death. Another 10 years forward, 2017 will see Penguin Cafe pay tribute to him once again at the Union Chapel on December 11th where they will perform Union Cafe in full – a union from all corners of this magical world.

Union Cafe was the fifth, and the last studio album by Penguin Cafe Orchestra. It was initially released in 1993 merely on cassette and CD, and will now be given a new breath of life, for the first time available on vinyl, and another chance to reach old and new fans alike. 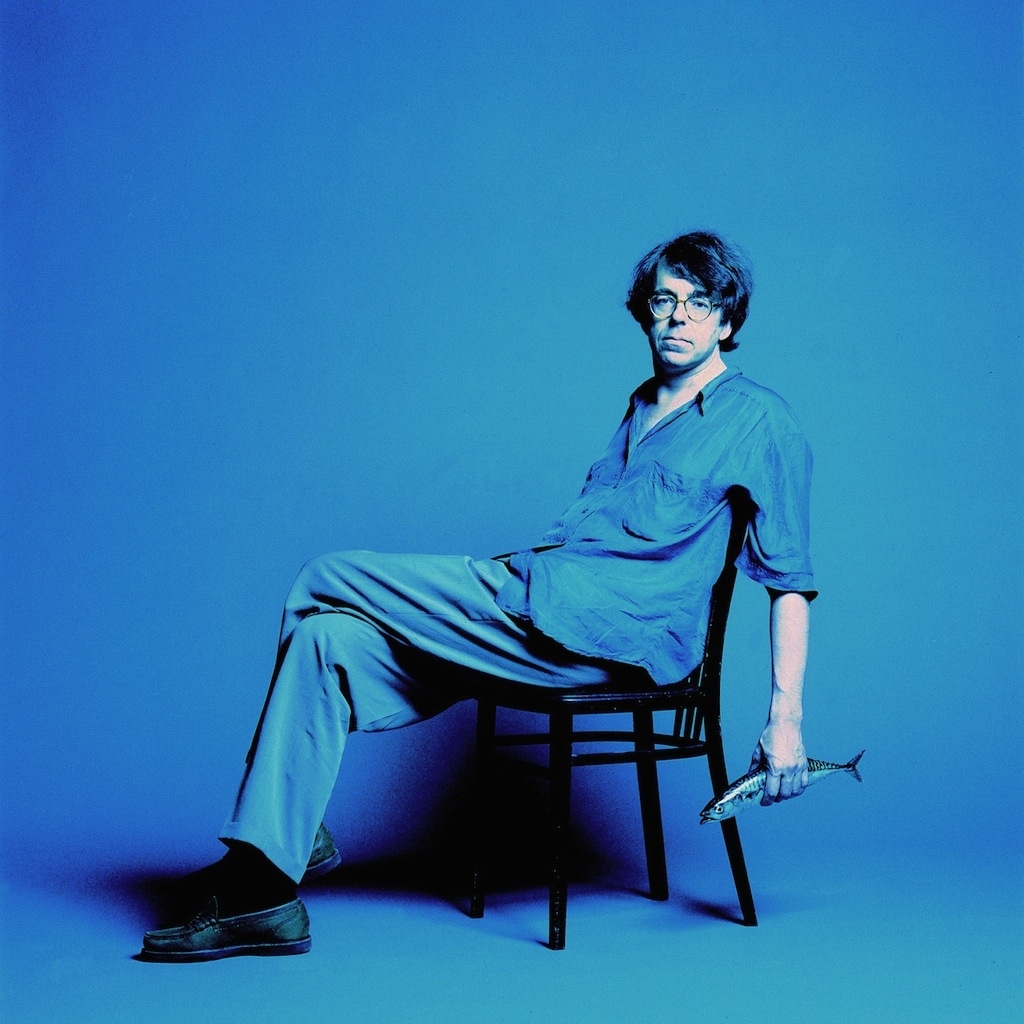 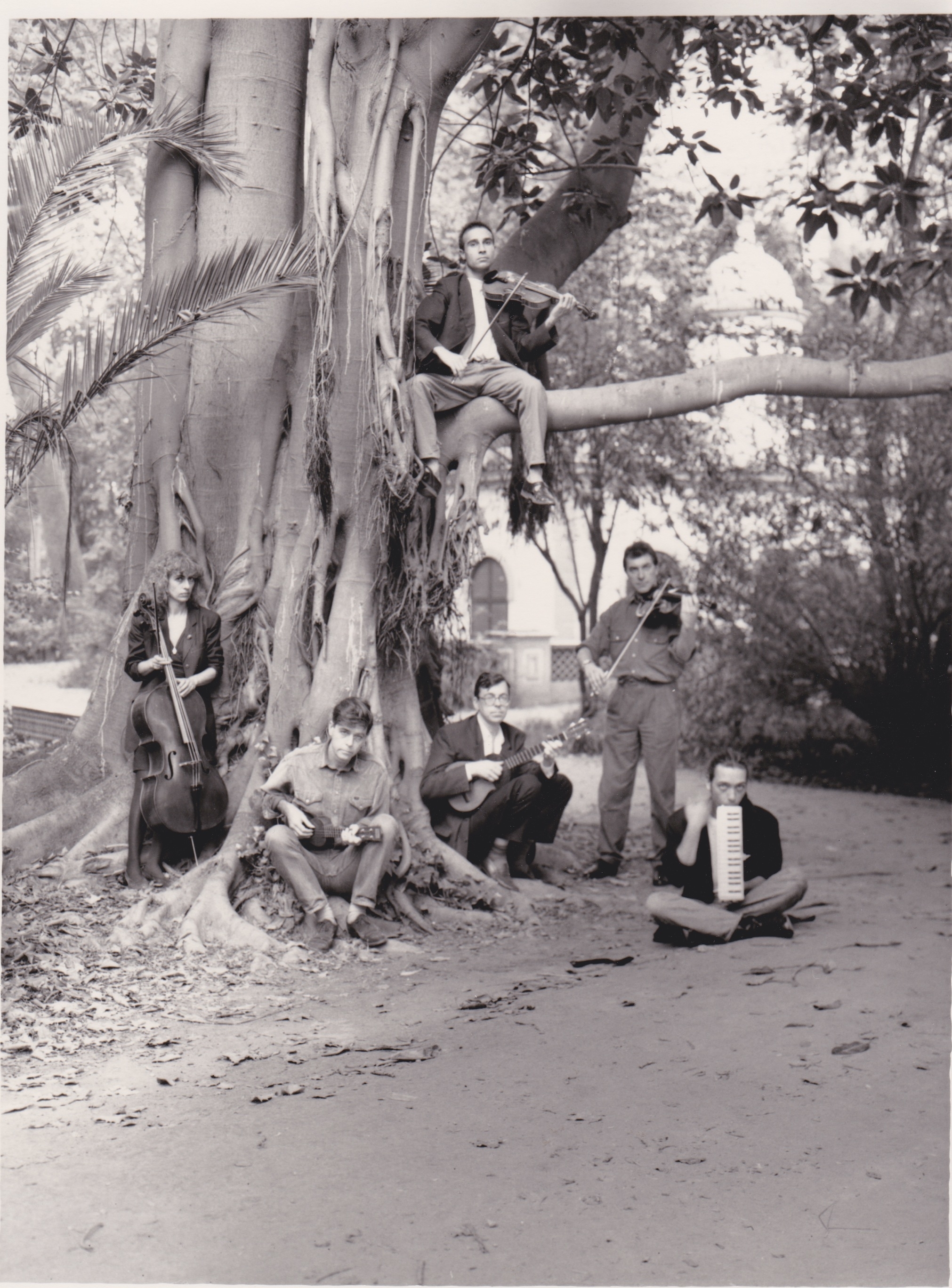 "The first song from Union Cafe that I’d unknowingly heard was Nothing Really Blue, performed live by Arthur and his successor band Penguin Cafe at the Barbican in summer 2016. He simply announced it as “another one of my dad’s”, and left me wondering all night about which record it was from… It wasn’t until summer 2017, a whole year later, that Arthur shared his father’s last studio recordings with me. Union Cafe is a record that somehow missed me, simply because it wasn’t available on vinyl like the other records I had gathered over the years. I couldn't help but feel privileged for the chance to discover another original PCO album. And so I put my headphones on and lay down at the foot of the small lake in Victoria Park to listen to this box of treasures. And as with all of Simon’s works, a whole world appeared in front of my closed eyelids — a world full of love and wonder, that manages to put tears in my eyes, shivers down my spine and a smile on my face. Scherzo And Trio would become the song that manages to brighten up my days, no matter how grey London sometimes gets. Organum would become the piece that Arthur played at my wedding. Cage Dead with its déjà vu-like character would become the theme song to a series of live sessions with artists from all around the world performing in the Sound Gallery, our new home on Victoria Park Road. Songs like Silver Star Of Bologna and Kora Kora, just like all the classic PCO songs, would feel familiar, though I’d never heard them before. Lie Back And Think Of England sounded like the work of a seasoned composer and yet unfamiliar at the same time — it made me wonder if Simon was planning a new adventure for his orchestra. Lastly, Passing Through would remind me that having a hidden track on your album was very popular with bands in the 90s, but finishing your album with the sound of water dripping out of a sink, slowly forming a musical pattern within all the chaos before the record suddenly ends, surely must be the most perfect way to say goodbye.” – label founder Robert Raths

“Union Cafe was the last studio album recorded by the original Penguin Cafe Orchestra and marked a move towards a definitive English pastoral sound combined with larger string arrangements set against longer solo piano pieces. With this last album they got even closer to the PCO idea of squaring the circle of intellectually challenging modern music that is still actually beautiful. For me this has always been a contender as my favourite PCO album, and the fact that it never ended up on vinyl was more to do with the way things were in the early 90s, and chance rather than it being deliberate. So in that sense this release is righting an old wrong. The slow development of the pieces means that you can really get lost in them and vinyl is of course the perfect way to do that.” — Arthur Jeffes 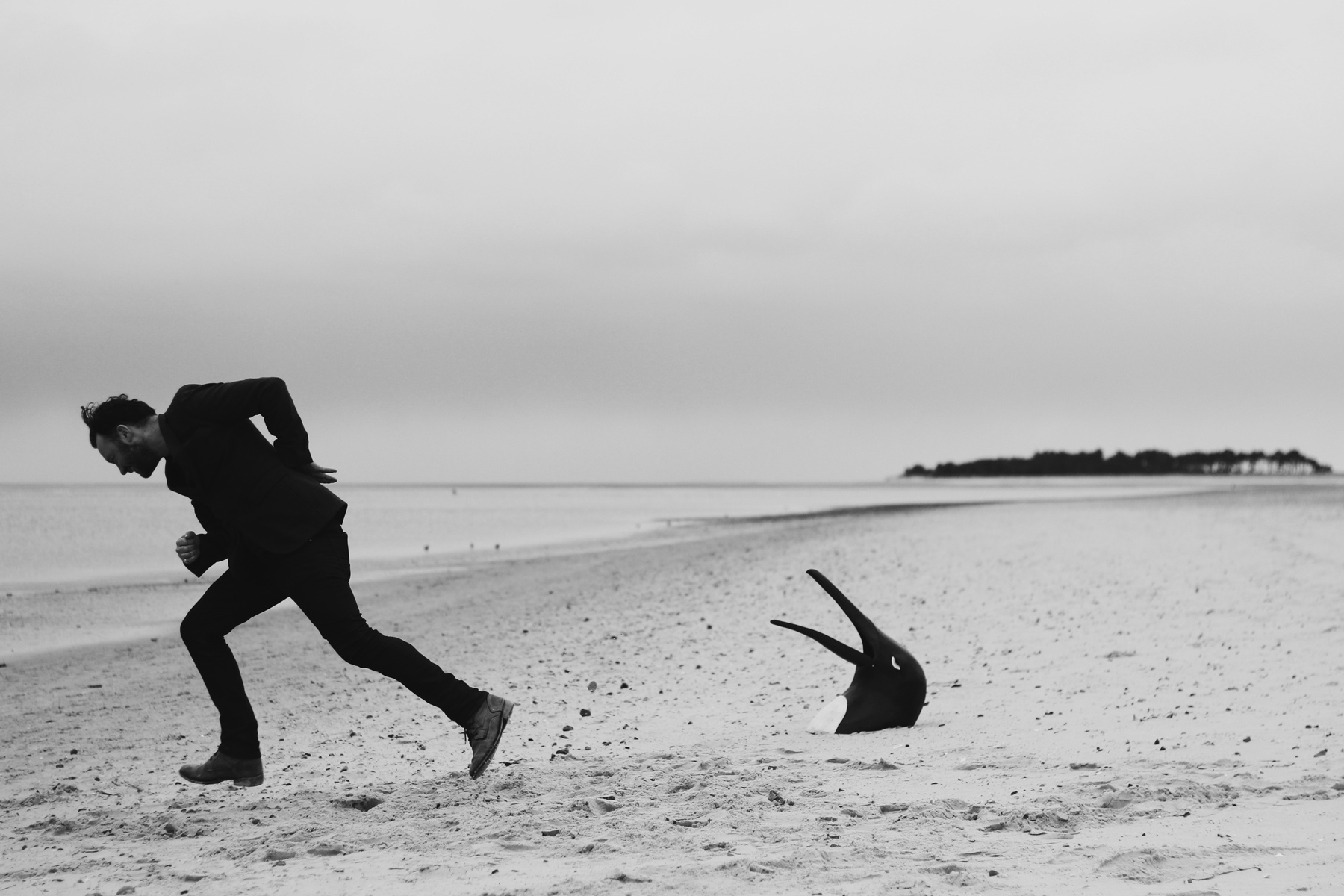