Crayon has been cementing himself as an integral part of the Parisian indie music scene. The single Misplaced sees the French recording artist join the Erased Tapes collective, marking a new chapter for the multi-instrumentalist and avant R&B producer. Featuring Jo Lowenthal of the Australian indie band Tora and rapper Gracy Hopkins it was composed within just one afternoon, after he moved into a new flat with pianist Bastien Brison, transforming their new home into a regular jazz club every Sunday night, encouraging collaboration.

Similar to Django Reinhardt and Stéphane Grappelli with their Quintette du Hot Club de France a century ago, the jazz club has brought together singers, musicians, poets, painters, contemporary and swing dancers including Lossapardo, Enchantée Julia, Papooz, Julien Granel, TAL, Anna Majidson, Astronne, Leonie Barbot, amongst other artists from around the neighbourhood. Together they are blurring the lines between traditional jazz practice, electronic production, UK garage, American hip hop and soul into a new kind of R&B.

“The track Misplaced was created at a time when I was going through a lot of changes and felt very lost in the process. My friend Joe from Tora came to stay for a few days in what was to become my new flat, with my first ever roommate Bastien. I felt a bit lost during the session, a bit ‘misplaced’, but everything happened very spontaneously, from Bastien jamming on my goto Prophet synth preset and Joe’s vocals that instantly called for this pitch effect I added on his opening line. Production-wise it’s sort of the opposite of what I had just released with Duñe. Instead of going for my traditional, mostly acoustic/live sound, I tried to dabble in more uncomfortable territories, with a noticeably colder/more numeric feel that contrasts how organically this track was crafted. Gracy’s visit at the end of that afternoon perfectly sums it all up, as we didn’t really plan on having him featured, nor see him write any words for his verse. He just took the mic that was hanging in my bedroom and did his thing exactly how you hear it. Ultimately, Misplaced is really about accepting even the darkest place you may find yourself in, and embracing whatever comes out of it.” 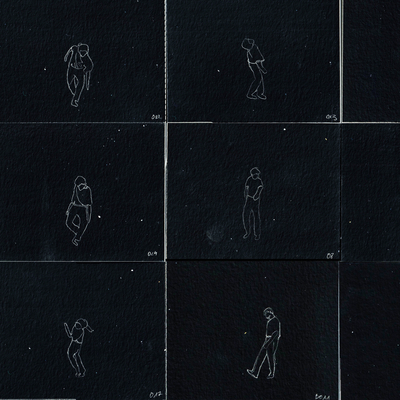