Through three decades of influential recordings and live performances, the Grammy-nominated American composer Tim Story's unique blend of careful composition and innovative sound design has garnered a dedicated worldwide following. Whilst Austria-based German composer Hans-Joachim Roedelius has profoundly influenced generations of musicians in a career spanning more than a half-century and over a hundred solo and collaborative recordings. From his groundbreaking duo Cluster with Dieter Moebius, to his genre-crossing solo works and collaborations with luminaries including Brian Eno, Roedelius has exerted an indelible, global impact on ambient, electronic, experimental, and wholly undefinable genres of music.

As long-time friends and colleagues, Roedelius and Story have collaborated on various projects throughout the years, including the acclaimed studio albums Lunz (2003), Inlandish (2007), Lazy Arc (2014), and Lunz 3 (2019), which was featured as part of a Best Music of 2019 selection by National Public Radio.

Released on January 28, their Erased Tapes debut 4 Hands encapsulates rippling minimalistic patterns and delicate, ghostly interactions with surprising harmonic twists. Roedelius' intuitive and instinctive approach based in improvisation, paired hand in hand with Story's deliberate distilling of ideas over time, creates two sides of an engaging and thought-provoking conversation that seems to evolve and deepen with each successive listen. 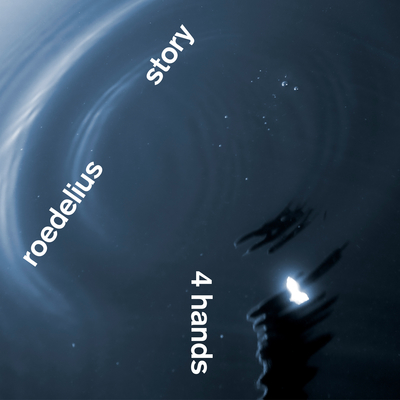 “Hans-Joachim Roedelius and I have been collaborating for several decades on many projects, but this one may be the most empathetic and expressive of them all. Most exciting about ‘4 Hands’ is the embrace of a natural phrasing, keeping these pieces disarmingly human and open.”
— Tim Story