World’s End Girlfriend hails from Nagasaki Kyushu, Japan and currently resides in Tokyo. Fascinated by his father's classical music collection, he began his foray into sound at the tender age of 10, creating his early compositions on keyboard, guitar, tape recorders and computers. To date he has composed more than 600 songs, for the most part unreleased testaments of his early experimentations.

W.E.G. first came on Europe’s radar in 2002, invited to perform at Barcelona’s renowned Sonar Festival. On the back of the collaborative album Palmless Prayer / Mass Murder Refrain with Japanese post-rock band Mono, he embarked on extensive tours in Europe and North America in 2005, returning for an appearance at ATP Festival in 2008. Recently performing as a seven-piece ensemble, their ostentatious live show is currently selling out high-capacity venues in Asia. Filmmakers seem smitten too, with the Go Shibata directed movie Late Bloomer (2004), the internationally renowned Air Doll (2009) by award-winning director Hirokazu Koreeda and 2011's Starry Starry Night — all three featuring soundtracks created by World’s End Girlfriend.

The Japanese composer behind W.E.G., who prefers for his real identity to remain unknown, blends complex sound structures with beautiful melodies, reaching from electronic glitch to jazz-infused rock to modern classical. Captivating, enthralling and like nothing you’ve heard before, Word’s End Girlfriend makes for a surprising yet central addition to Erased Tapes.

“Seven Idiots is like listening to a maelstrom that sucks all of our artists into a black hole and spits it out as some sort of pop music from the future. It’s insane“, states label founder Robert Raths in an interview with Dazed & Confused.

Shifting seamlessly from catchy pop hooks to elaborate orchestrations and brutal IDM drones, his latest work Seven Idiots is an irregular pop album — filled with twists and turns that will have you reaching for the repeat button. At first recorded with vocals, he took the unusual composing method of building up the songs before erasing all of their vocal parts. By dismantling and re-constructing each track, W.E.G. has produced a genre-defying album that truly transcends categorisation.

The music video for Les Enfants du Paradis, taken from Seven Idiots, has received several hundred thousand views. Directed by Yohei Saito, this beguiling visual represents the high level of interest given to World’s End Girlfriend’s music, not widely available outside of Asia — until now. 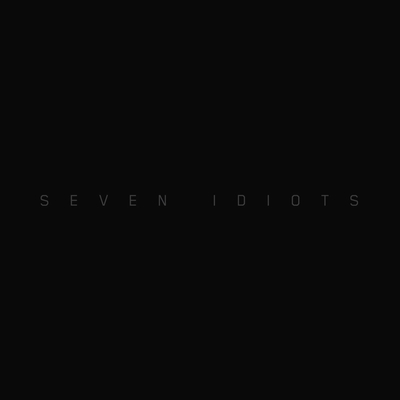