Bell Orchestre is a collaborative avant-garde instrumental group based in Montreal. Its six members come from wildly divergent musical backgrounds, and the unlikely chemistry that results from their collaboration is the very thing that sustains their connection. It’s as if the group as a whole has tapped into a very particular, very distinct energy: like that of an approaching storm. In many ways, Bell Orchestre is the sum of its parts, but ultimately they work together to create something that none of them has quite heard before.

Bell Orchestre has been known to retreat into the woods to make and write music: from a residency at the Banff Centre for the Arts, to the forests of Quebec and Vermont, and back to their hometown of Montreal. The specifics of time and place, the elemental forces at work outside, and those forces that exist inside, all come into play within Bell Orchestre’s musical process. This particular music could be made by no one else at no other time in history.

The experience of listening to Bell Orchestre, whether live or recorded, is almost that of experiencing a form of synaesthesia: the result is a collage-like construction of not just sound, but visual elements as well. From a herd of elephants to that approaching storm on the horizon, from a quiet forest in the country to ice forming on a city street, from watching vapour trails disappear in the sky to watching the changing light of dusk through a window. The result then is not so much cinematic as it is evocative: Bell Orchestre have not just written the music to the film — they have created an invisible film that only comes to life in the listening.

The band’s second album As Seen Through Windows came won a Juno award in 2009 for Best Instrumental Album. Their debut, Recording a Tape the Colour of the Light was also nominated for a JUNO in 2006. Also in that same year, the band collaborated and performed with Edouard Lock, founder/choreographer of LA LA LA Human Steps, in celebration of the legendary dance company’s 25th anniversary. Bell Orchestre has toured extensively, playing concert halls and dingy squats as far afield as Lithuania and Dawson City, Yukon.

The band joined Erased Tapes in late 2020, followed by the announcement of their first full-length album in over a decade: House Music — an immersive ecosystem of an album to be released on March 19, 2021. House Music unfolds as one long piece, a recorded-then-sculpted improvisation that vastly expands their work, coalescing classical and electronic instrumentation in the creation of genre-defying musical worlds. In the album’s liner notes, the group recalls countless moments when, in kinetic moments of improvisation, “a nuanced piece of music would emerge organically, completely formed, without any plan or discussion or rational thought” — and then be lost because it wasn’t recorded. In conceiving a new album, they decided to celebrate the spontaneous and accidental, to centrally situate the act of collaborative, democratic creation in their finished work. 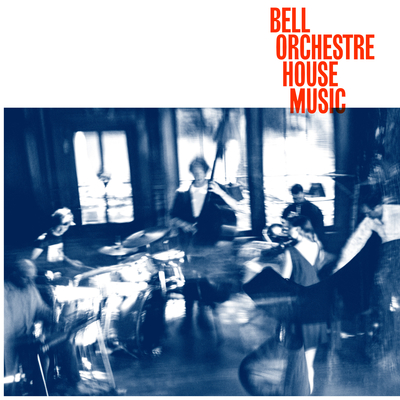