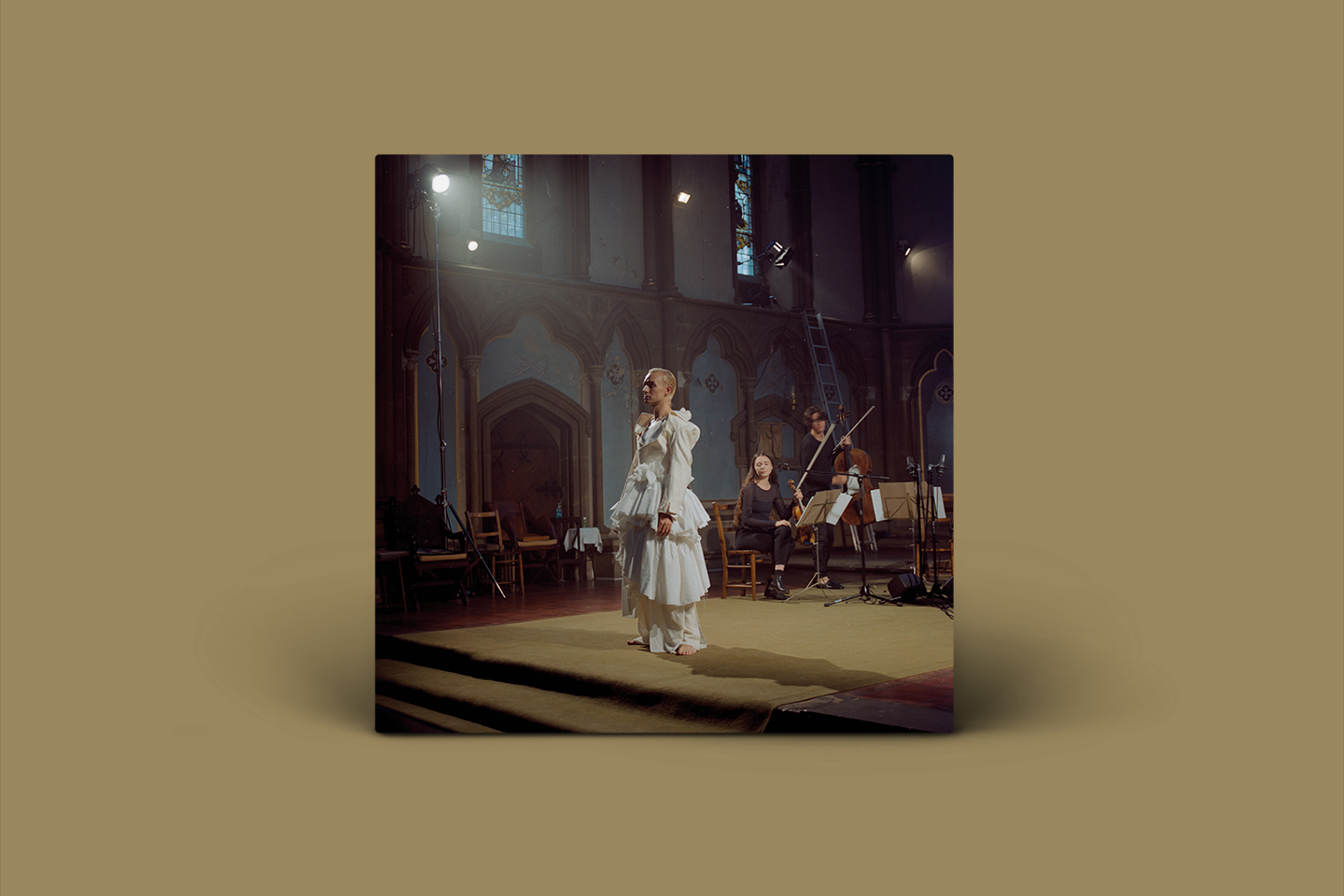 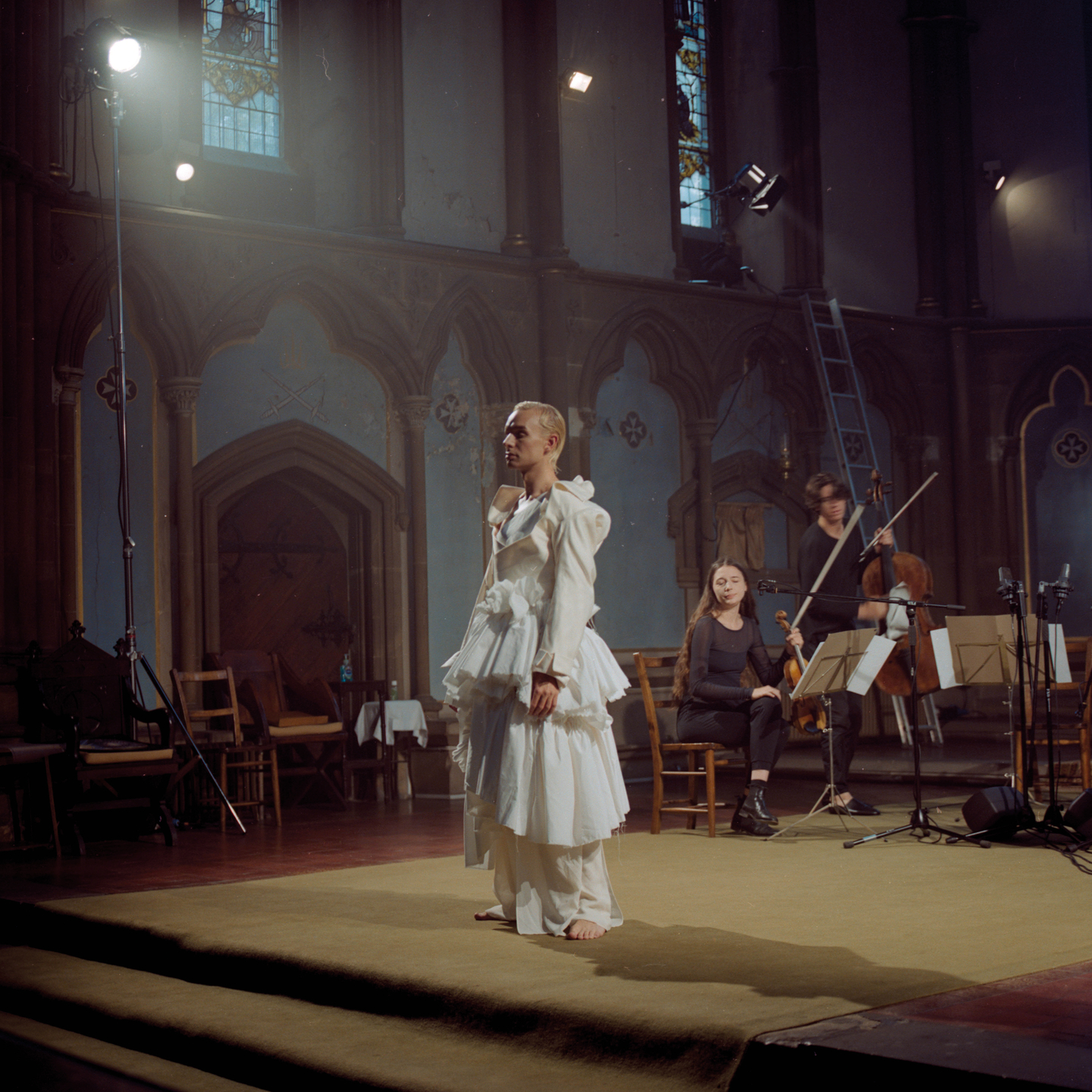 Today London composer-songwriter Douglas Dare surprises us with the release of an evocative new video and EP, titled Heavenly Bodies — a companion to his latest album Milkteeth out on Erased Tapes.

Released digitally on December 11, the 3-track EP features the London Contemporary Orchestra accompanying Dare’s charismatic voice on both the title track and a mesmerising rendition of Leonard Cohen’s 'Dance Me to the End of Love', whilst the third piece sees a duet with the American composer and fellow Erased Tapes artist Peter Broderick.

At the beginning of September 2020, between lockdowns, Douglas Dare came together with a string quartet of players from the London Contemporary Orchestra to record an audio- visual performance in the beautiful St John of Jerusalem Church in Hackney, London. The video was directed by award-winning documentary film maker Simon Lane who previously worked with the English indie folk trio Daughter and made a short doc about Bob Marley.

“I really wanted to create a feeling that matched the ‘haunting' and raw feeling of Heavenly Bodies. The one-take journey of our camera sees Douglas move around within the church in one continuous shot. We set up pools of light in four areas so he could seamlessly move between them.We shot using a Kodak Super 16mm film stock which picked up beautiful images both in these pools of light and the darker areas outside of them”, Simon explains the making of process.

The audio recording of the title track sits alongside two other string-supported vocal pieces that make up the EP. The second track is a previously unheard song that Douglas wrote way back in 2012 whilst he was still at university, a song personifying the violin itself. It was recorded with Peter Broderick in his Berlin apartment in 2013 — “we waited a long while but now feels the perfect time to release it”, Douglas states. The third and final track of the EP is a re-interpretation of Leonard Cohen’s 'Dance Me to the End of Love', which was originally commissioned by the Contemporary Art Museum of Montréal for the Cohen exhibition ‘A Crack in Everything’ that has toured the museums of the world. This recording however is of a completely new arrangement, recorded in the church with the glorious LCO. 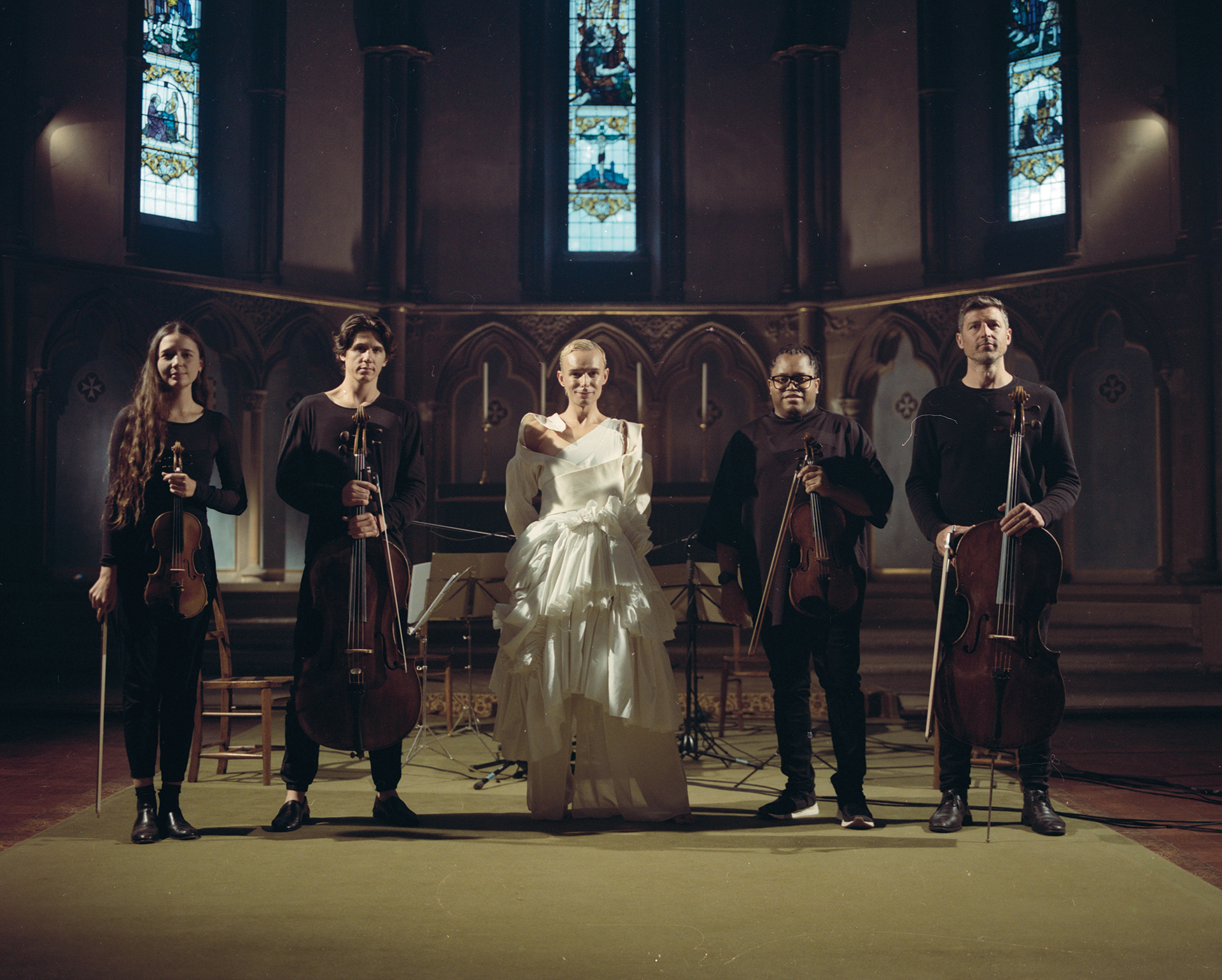 “I can’t wait for people to hear these songs, new and familiar, all with strings”
— Douglas Dare