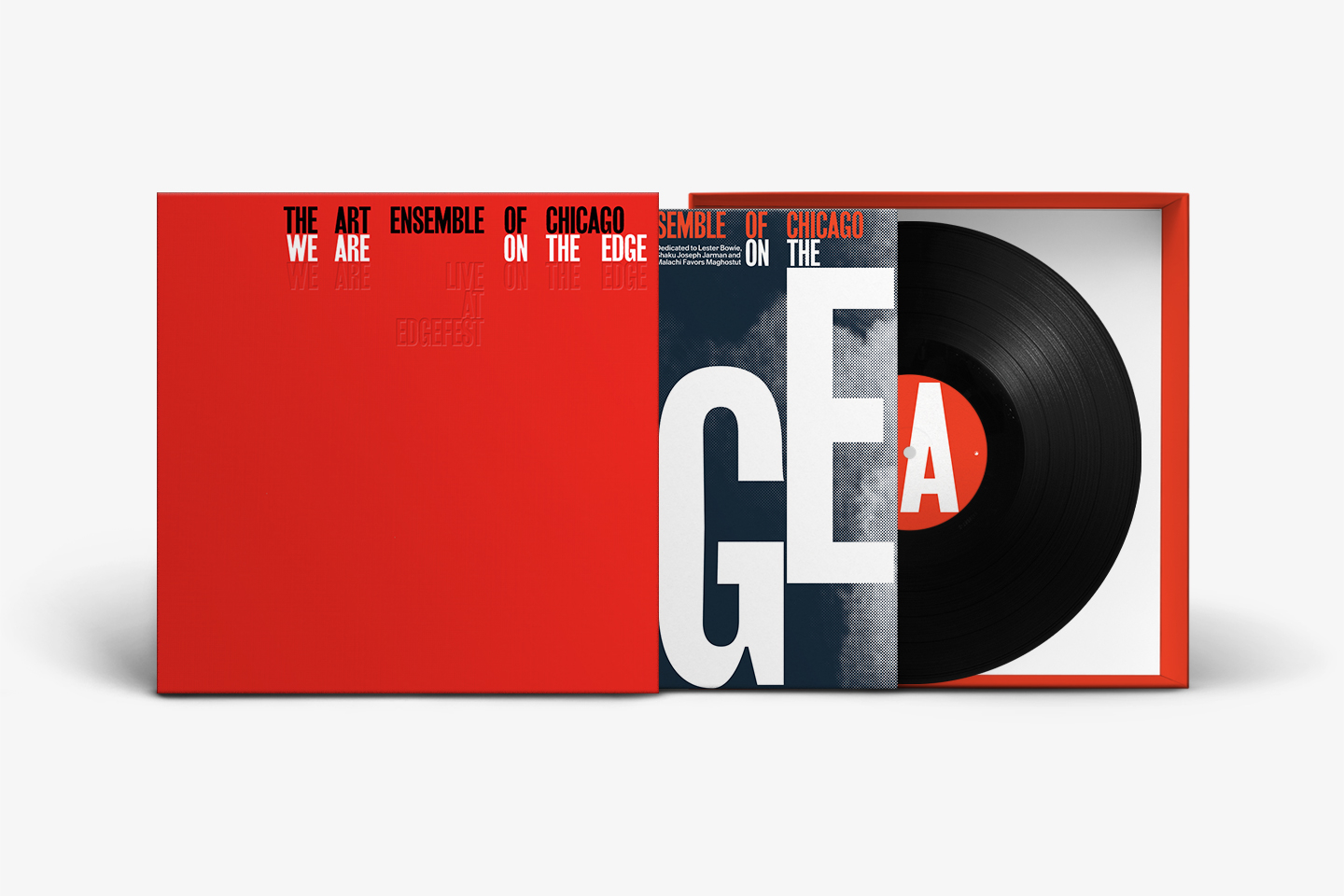 We Are On The Edge 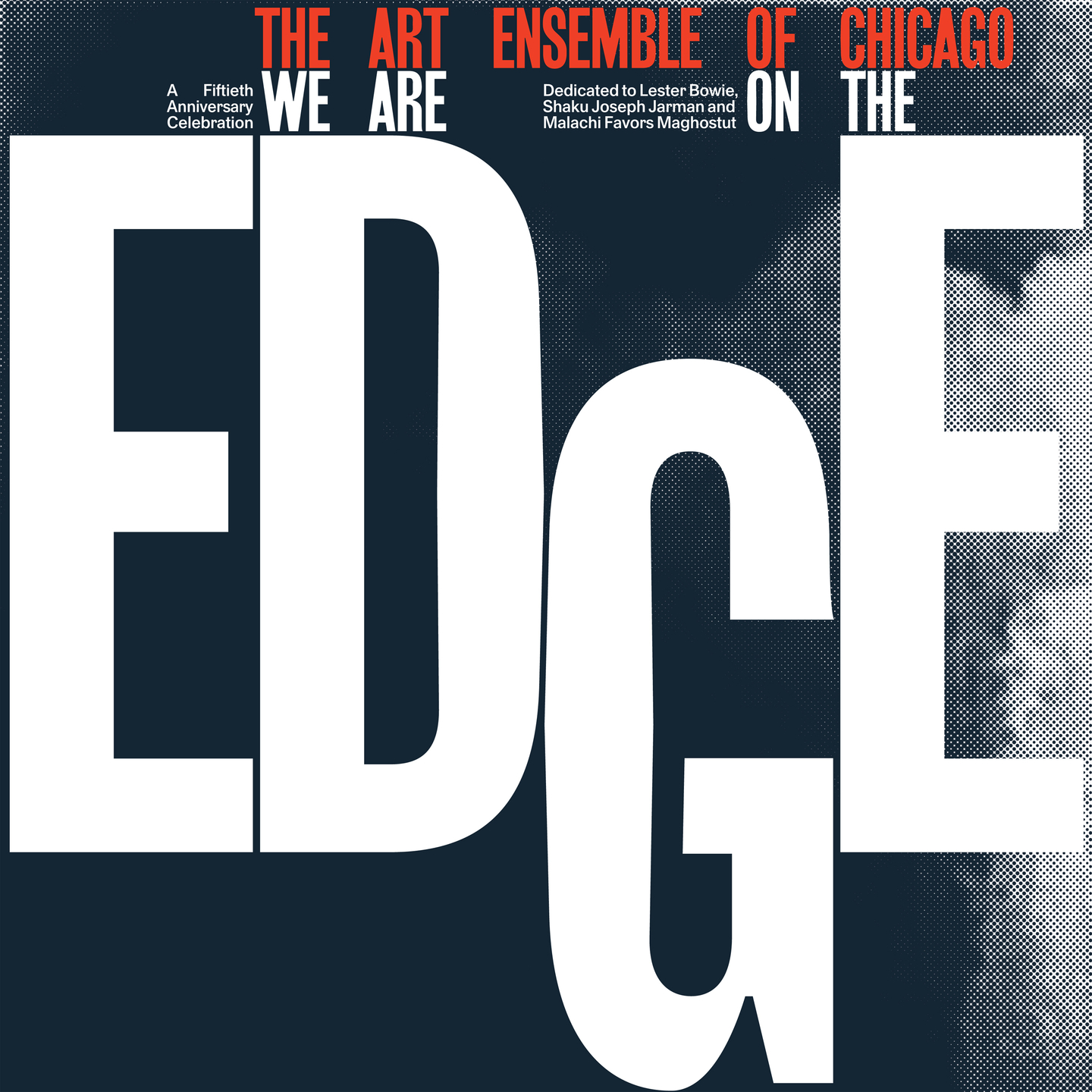 Iconic, innovative and internationally renowned force in avant-garde music The Art Ensemble of Chicago released their 50th anniversary celebratory album We Are On The Edge in April, and Erased Tapes are honoured to announce the vinyl edition of this exceptional body of work. Led by surviving founding members Roscoe Mitchell and drummer Famoudou Don Moye, these brand new recordings involve a staggering array of contemporary artists ranging from across the jazz, experimental and improvised music spheres; from the visionary poet and musician Moor Mother, trumpeters Fred Berry and Hugh Ragin, who have performed with Mitchell for over five and four decades, to bassist Jaribu Shahid, supreme cellist Tomeka Reid, celebrated flute virtuoso Nicole Mitchell and the extraordinary voice of Rodolfo Cordova-Lebron.

The vinyl edition, due for release on July 26th, will be available as a double album featuring a meticulous studio session of the newly assembled group of musicians, combining re-recordings of works spanning the last 50 years, some never before recorded, as well as new compositions. The 4-LP special edition also includes their live set recorded at Edgefest, the annual experimental jazz and creative new music festival in Ann Arbor, Michigan.

Having witnessed this exciting new formation around Roscoe and Don live at Big Ears Festival in Knoxville, Robert Raths was compelled to start a conversation with their US label Pi Recordings, based out of New York, and support this project in any way possible. 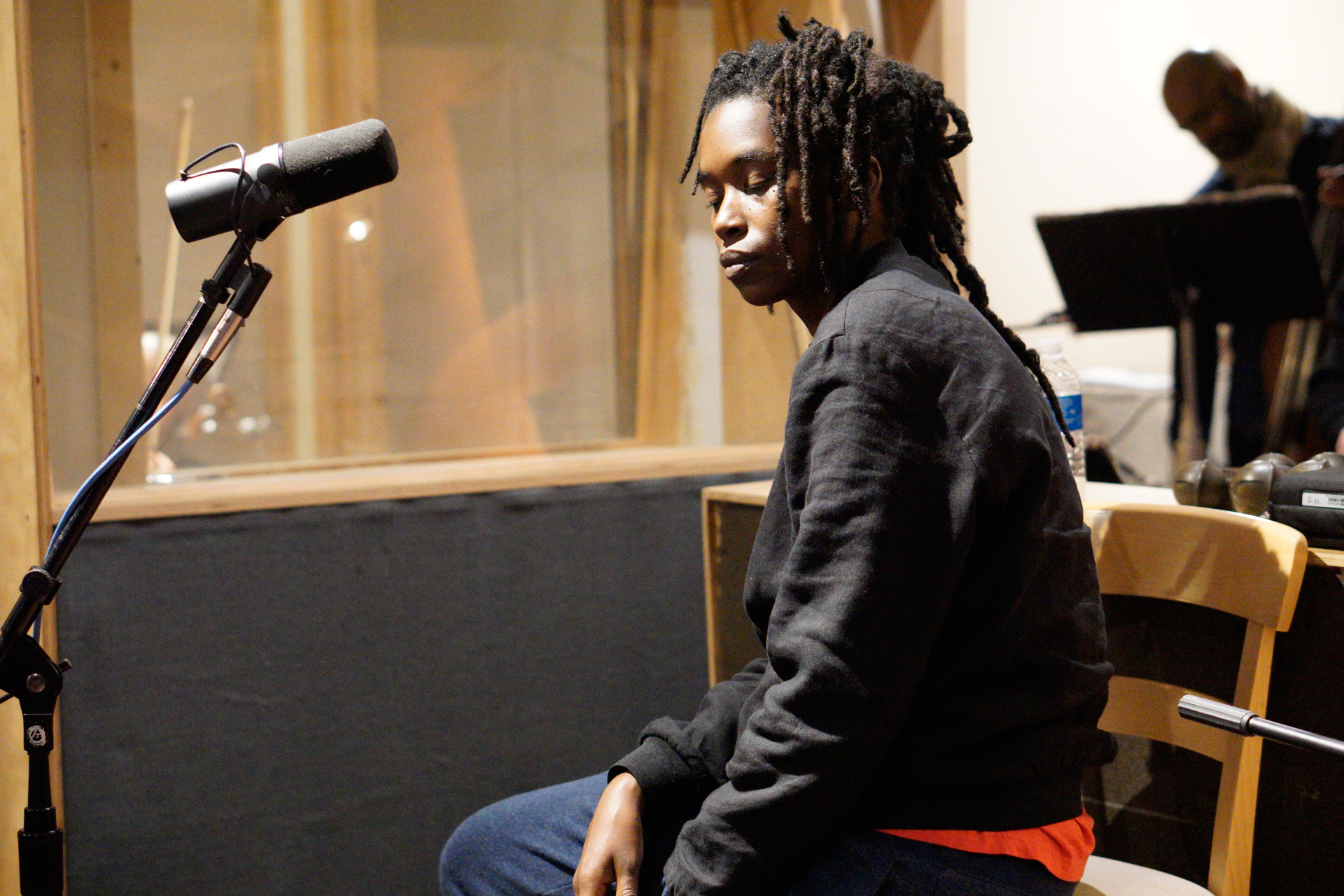 “Witnessing this music form in front of your eyes and ears is such a thrill; easily one of the most gripping live experiences I have ever had. The AEC have always had a firm place in my musical journey as they’ve kept reinventing and stretching the definition of not only jazz, but artistic expression itself. And I feel that with the addition of all these incredibly gifted and energetic next generation performers, Camae Ayewa in particular, they truly push current boundaries and raise new question marks; both in radical and beautiful ways. And they don’t do it as individuals, they do it as a collective that embraces diversity, which makes this project so urgent, strong and relevant, truly representative of our time.”
— Robert Raths 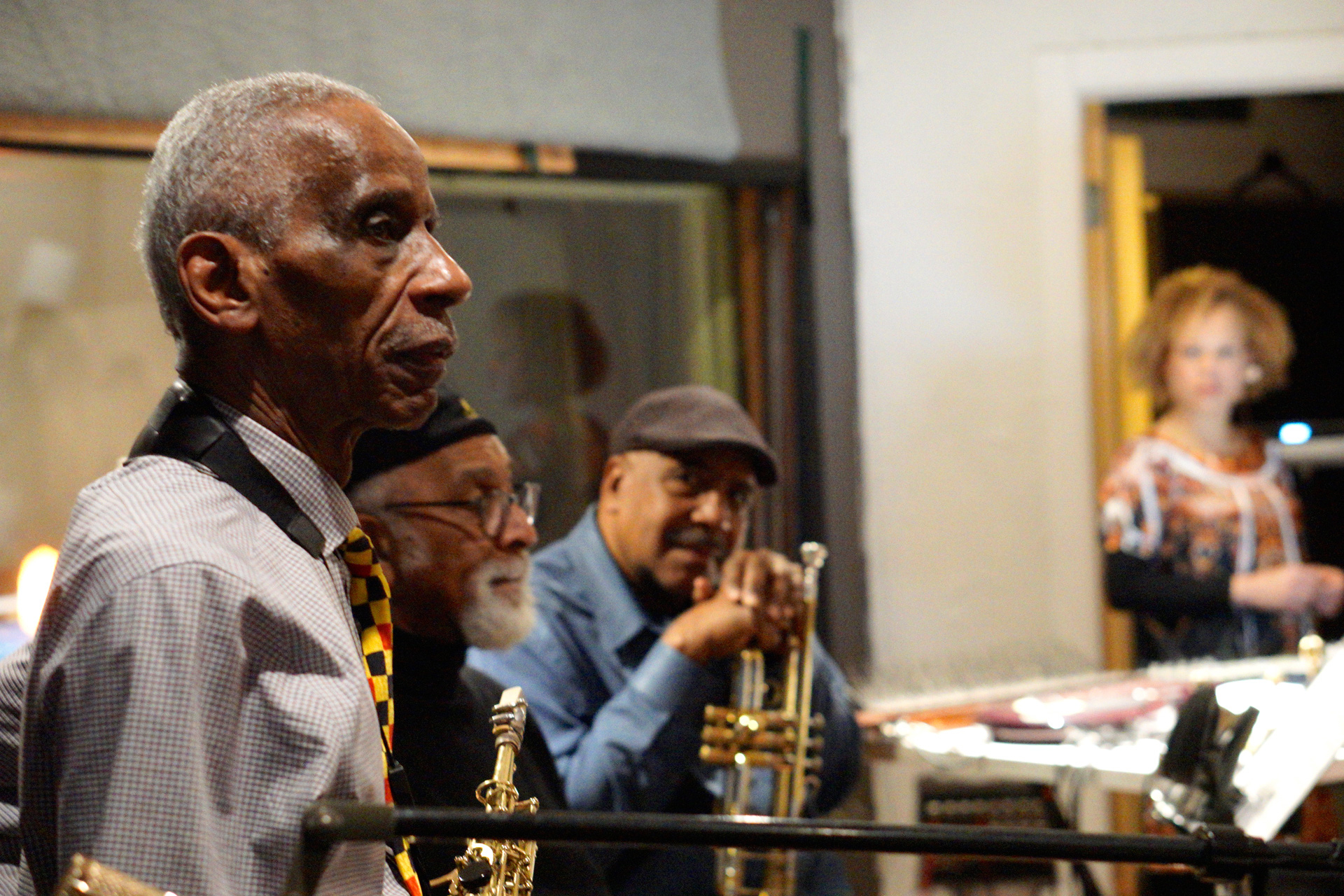 The Art Ensemble of Chicago is a band that has been at the forefront of creative improvised music since forming in 1969. It has also long served as the flagship ensemble of the Association for the Advancement of Creative Musicians (AACM), the august Chicago-based organisation that also fostered the careers of members such as Muhal Richard Abrams, Anthony Braxton, Henry Threadgill, and Wadada Leo Smith, among many others. Now led by the surviving members Roscoe Mitchell and drummer Famoudou Don Moye, their new album We Are On The Edge: A 50th Anniversary Celebration is not only a commemoration of a half-century of magical music making, but also a loving tribute to the band’s three original members who have passed: Lester Bowie, Malachi Favors, and most recently, Joseph Jarman.

The greatness of the Art Ensemble has always been the shared commitment of its original members to the total realm of African diasporic music: what they have long-termed “Great Black Music — Ancient to the Future”. Also important are the group’s disparate musical and artistic personalities, comprised of jazz, advanced compositional techniques, theatrical performance, poetry, Pan-African percussion, all tied together with improvisational flair, a taste for the absurd, and the exploration of pure sound and space. It is this open-mindedness – absorbed from the basic tenets of the AACM – that has made the band one of the most important in the history of music. 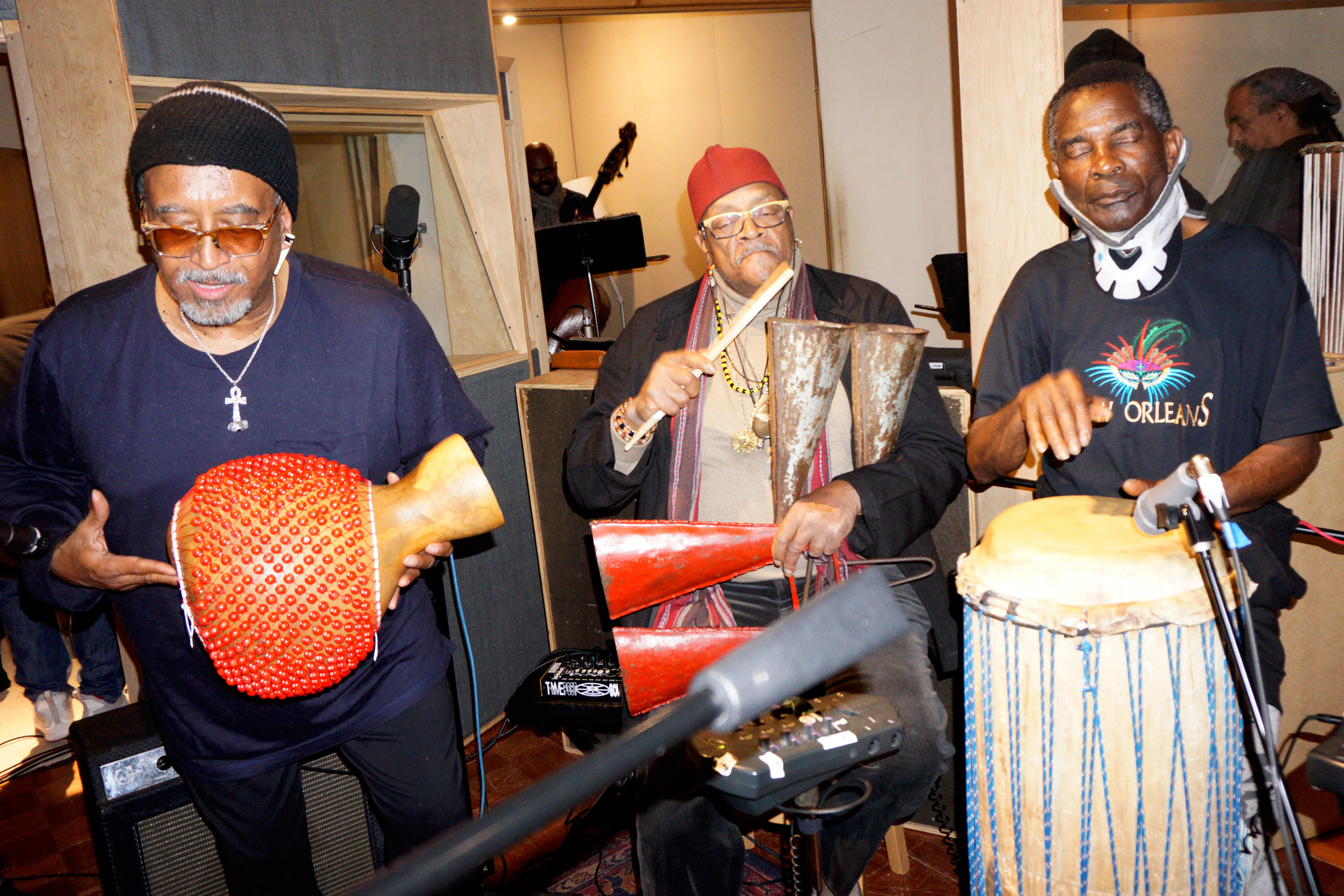 At 50 years, The Art Ensemble is probably the longest-running aggregation in jazz. Not content to rest on their laurels – it would have been far easier and more commercially-minded to assemble another quintet to attempt to create some caricature of the original band – Mitchell and Moye have recruited a diverse group of fifteen highly-individual talents who bring their own approaches to the Art Ensemble aesthetic. They range from trumpeters Fred Berry and Hugh Ragin, who have performed with Mitchell for over five and four decades, respectively, to bassist Jaribu Shahid, for about as long, to singer Rodolfo Cordova-Lebron, who is a current student of Mitchell’s at Mills College. For Moye, his relationships with percussionist Enoch Williamson and Titos Sompa date back to the late 60s/early 70s. Now residing in Marseilles, France, Moye regularly performs with the Senegalese Dudù Kouaté, a master of the Wolof griot tradition. With clear intent towards representation, Mitchell and Moye’s engagement of musicians such as Nicole Mitchell, Tomeka Reid, Camae Ayewa aka Moor Mother, Christina Wheeler, Silvia Bolognesi and Jean Cook – women who are without peer as improvisers and performers – help bring a whole new perspective to the music.

The group converged in Ann Arbor in October 16-20, 2018 for five days of rehearsals and recording, all culminating in their headlining performance. The sheer breadth of the ensemble’s collective expression is staggering, ranging from Mitchell’s art songs and through-composed pieces, Moye’s percussion workouts, and, of course, collective improvisation. Particularly powerful is the contribution of Moor Mother (Camae Ayewa), who, to prepare for the recording, was given nothing more than some old Art Ensemble recordings to listen to and the directive from Mitchell to "just be you".

Mitchell and Moye are now 78 and 72, respectively, but one would never guess by their outlook. There is, of course some wistfulness when looking back, particularly with the passing of Joseph Jarman earlier this year, but the overwhelming feeling is anticipation of what is coming next or, as Moye always says, "focus and forward motion". It’s a clarion statement that Mitchell and Moye are intent on ushering The Art Ensemble of Chicago forcefully into its sixth decade. As Moor Mother declares: "We are on the edge!"