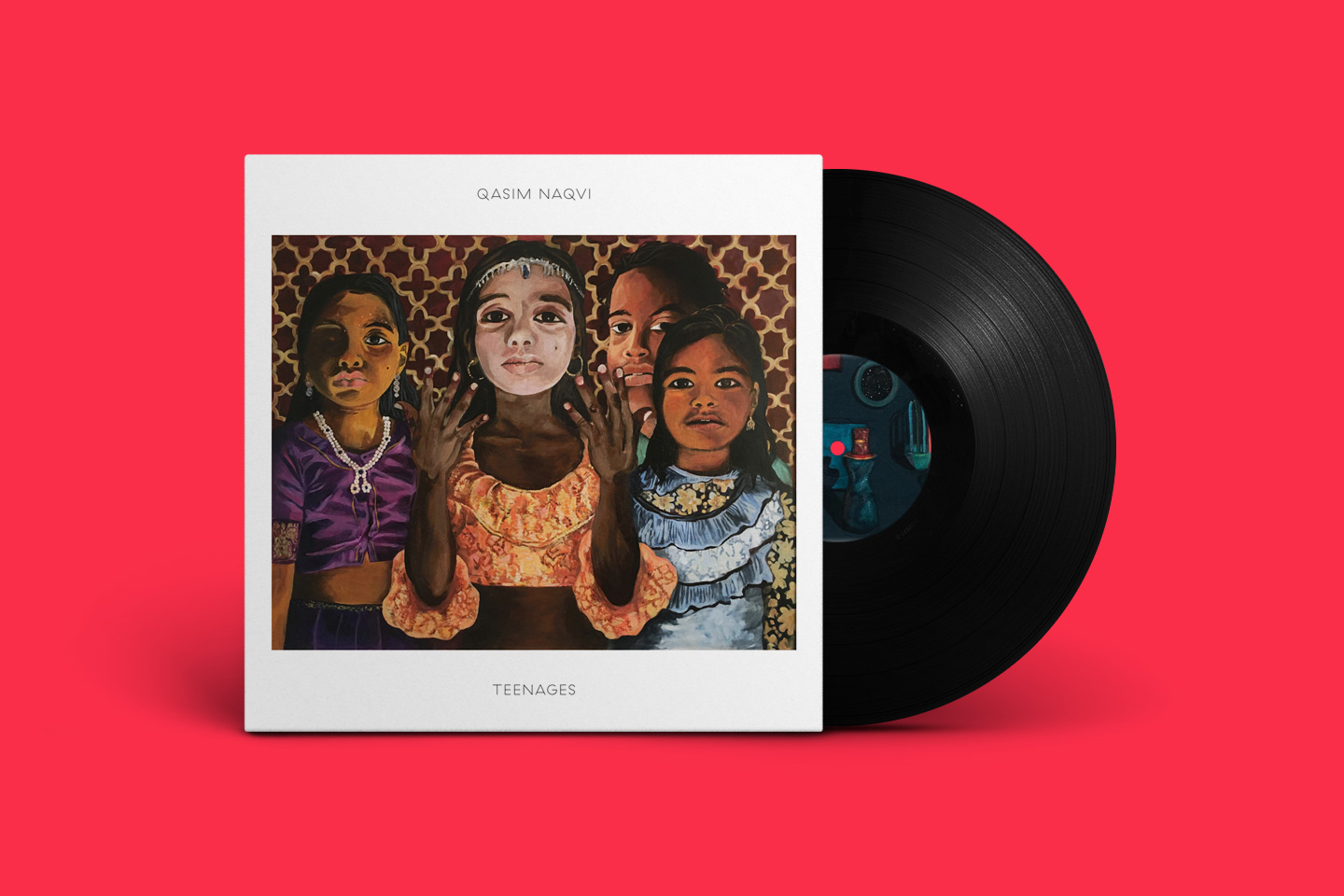 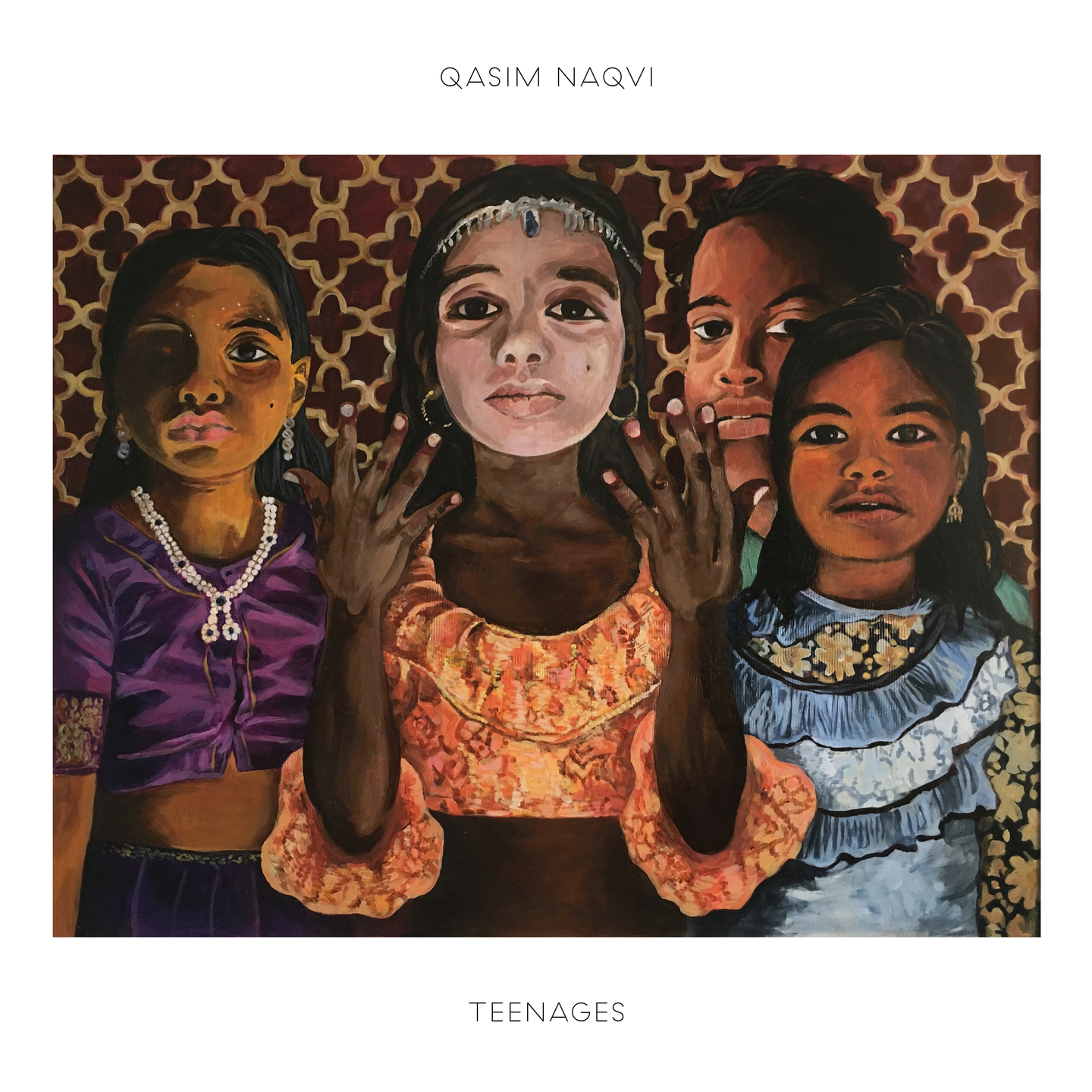 Pakistani-American composer Qasim Naqvi will release his debut album for Erased Tapes on May 3rd. Teenages captures the sound of electronics living, breathing and mutating of their own accord – almost autonomously – with only subtle, sparing but perfectly-judged and masterful guidance.

This album is one singular synergy between Qasim and his machine within a broader milieu of sound, also explored by contemporaries Sarah Davachi, Alessandro Cortini, Caterina Barbieri and also the forefather, Morton Subotnick. At points tonal, textural and rhythmic, over six evolving and growing audio organisms, the album flourishes upwards in stages, from initial micro-sonics to something bigger, brighter and anthemic.

This is Naqvi’s first non-soundtrack release, having previously established himself as a renowned composer for dance, theatre, film and installation-based art, not to mention his role as drummer in lauded trio Dawn of Midi. According to Naqvi, “my past releases like Chronology, Preamble, Fjoloy and Film were made to accompany visual mediums. The music was always written to enhance another form. Teenages is the first album with its own motivating force. It’s a live multi movement work that I recorded for myself.”

With Teenages, Naqvi summoned all the material on an analog modular synthesizer – a voltage-controlled sound generating system comprised of multiple modules. Naqvi built this synth over the course of two years and amassed a collection of works for this album.

“I’ve always been drawn to the power of un-amplified acoustic music. And for me modular synthesizers are a natural progression forward from the acoustic realm into the electric. It feels like an orchestra comprised of very unusual instruments, and their orchestration and vibrational properties lie in the patching and flow of voltages through a system. They’re also unstable and they rarely play the same thing twice in any exact way. It’s almost organic and human. It was really important for this album to capture that kind of uninterrupted behavior”
— Qasim Naqvi

Capturing a live feeling without the aid of heavy studio production was an important component to this release: “Even though this is ‘electronic music,’ I didn’t want to rely heavily on a computer with an array of plugins, loops and samples, or exhaustive editing as part of the writing process. I wanted to treat this work like a live piece of music and have the natural behavior of the machine shine through and sound huge, like an orchestra of electrical signals.”

Gently stuttering like a time lapse-video of a seed sprouting up from the earth, Intermission sets the scene, before musical motifs begin to emerge on the dancing, bubbling bassline of Mrs 2E, which possesses a playful, infantile quality, like a new-born animal learning to walk after birth.

More bouncy, skewed bottom-line squelch appears on the jittery, buzzing Palace Workers, which seems to evoke life in the form of amplified insect or bat noises, with a melody that eventually unfolds into something akin to a fractal rendition of Oxygene. By No Tongue more traditionally identifiable musical signifiers begin to emerge, with a bright and melodic synth line evoking the new blooms of spring, whereas Artilect takes a more ominous drone tone, insinuating the dark, potential threat of artificially augmented biological intelligence.

Like a coming-of-age, the album culminates on title track Teenages – a dynamic, technicolour symphony that was recorded in one take, with no overdubs or edits. In the year leading up to Teenages, Naqvi created a series of shorter works. These stepping-stones eventually became the first 5 tracks of the album and were part of a larger process, leading to the realization of the title track. “I wanted to show the stages of development that lead to the main act. All of these tracks share the same D.N.A., even though they seem distantly related.” Explains Naqvi.

Deeply rewarding on close listening, Naqvi has created an inspiring and synapse-stimulating new masterwork, within the analogue/modular cannon.

The pieces heard prior to Teenages chronicle both Naqvi’s understanding of writing for this type of instrument and the growth of the instrument itself:

“This is very much an experiential album for me because it was borne out of my direct experience of learning the instrument. And as the synthesizer grew over time with more components, it matured. At times I felt like it was even rebelling against my instructions or surprising me with what felt like its own choices. When everything was finished and I was thinking about track titles, this idea of artificial intelligence came into my head; a machine that reacts to your impulses and is capable of giving you something different from what you ask, and even defying you. It felt like different stages of growth and adolescence, and that lead to the album title, Teenages”
— Qasim Naqvi