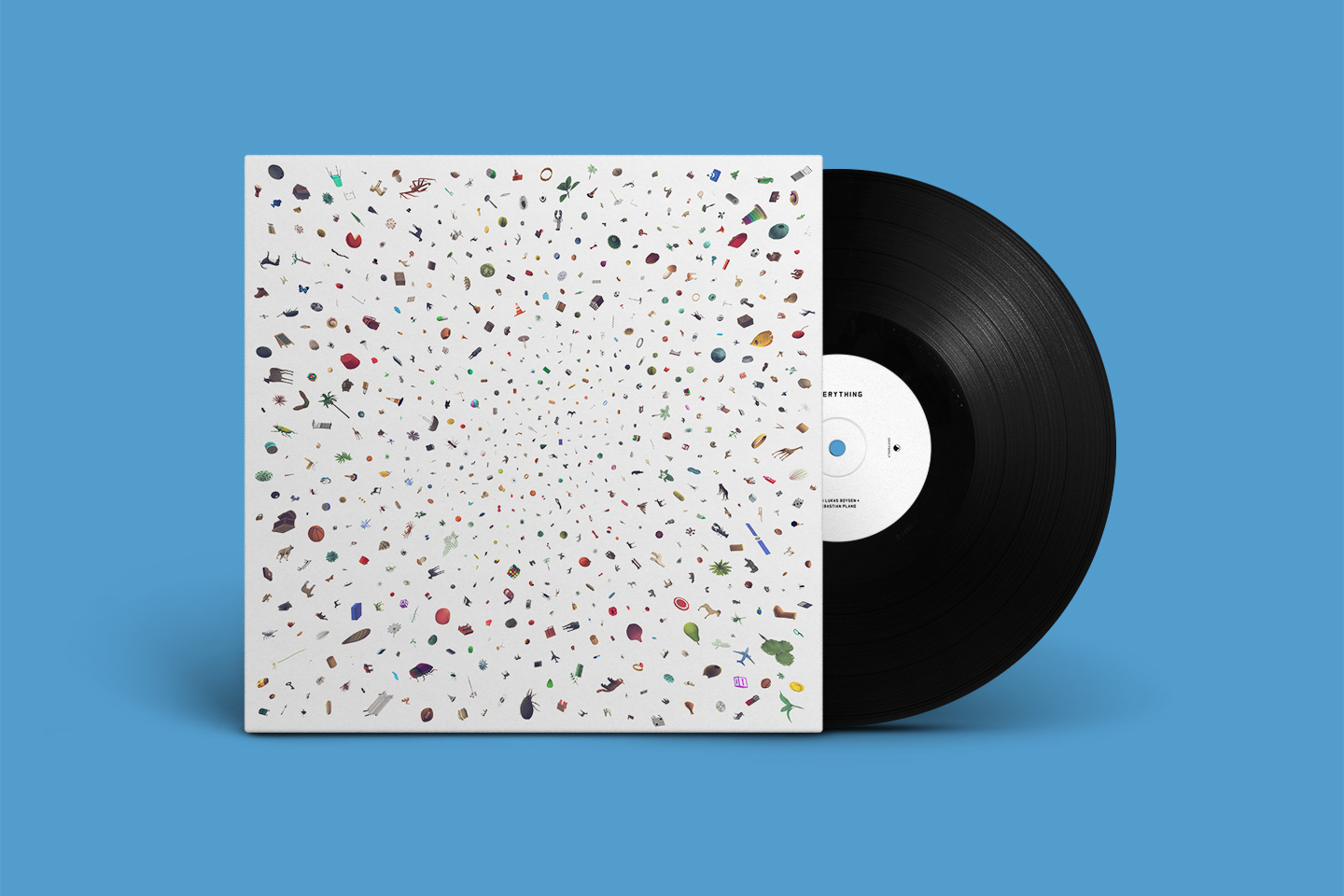 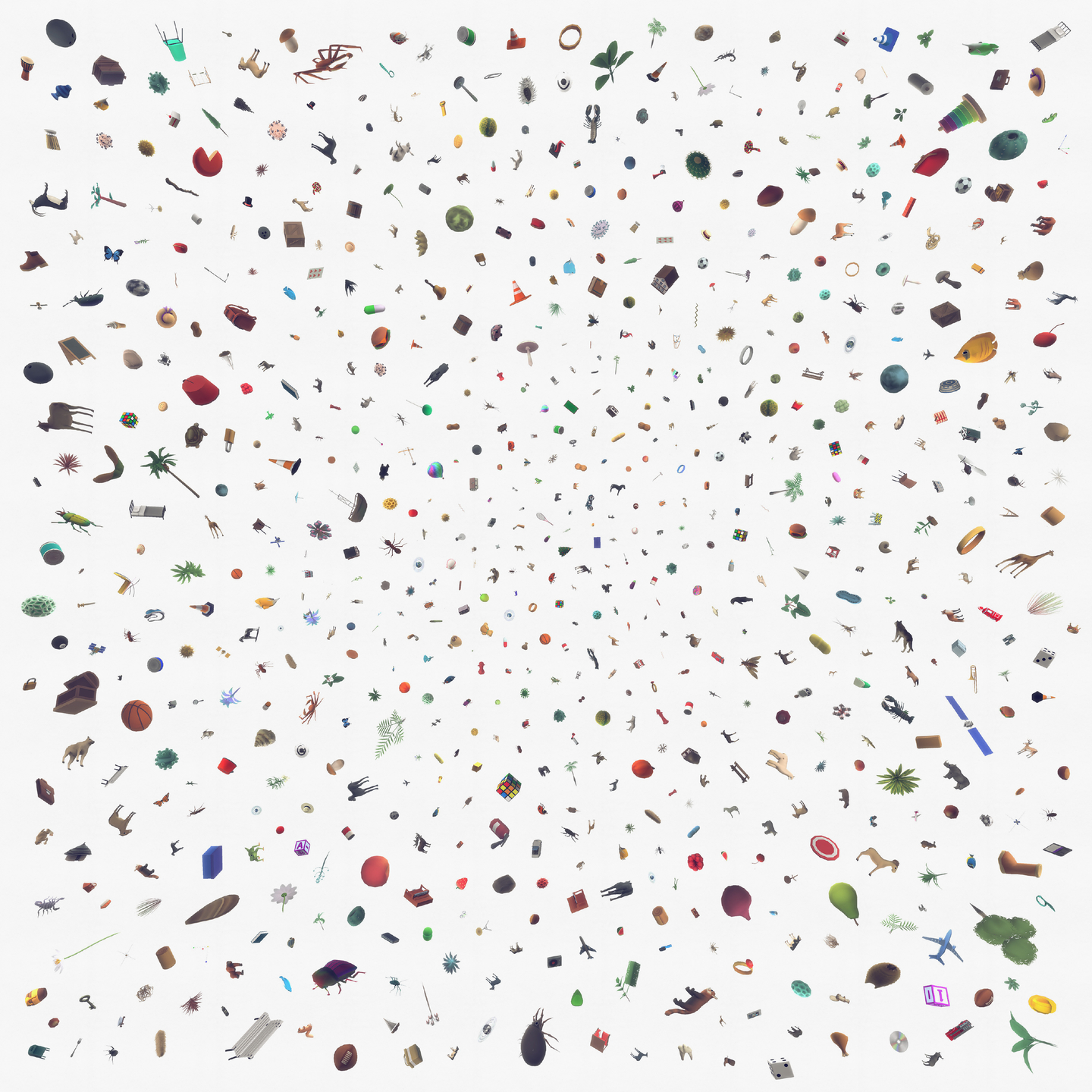 The physical LP and CD only contain the compiled 10 tracks but come with a download code to retrieve all 43 tracks digitally.

The Ltd clear vinyl edition (ships with game key) giving access to a free digital copy of the game.

Enter the all-encompassing universe of Everything, a score by Ben Lukas Boysen and Sebastian Plano – available worldwide via Erased Tapes on July 28th 2017.

Game creator David OReilly has built an interactive world for you to explore at your choosing. Whether you decide to take the role of a microbe inside a plant in the desert, or a star in the furthermost galaxy, each layer of the game is coated with ambience which takes the simulation even further into the limitless boundaries of each world. Composers Ben Lukas Boysen and Sebastian Plano have shaped this experience with their intricate 4-hour soundscape, alongside the continuous narration by philosopher Alan Watts.

Though the score has an important part to play in heightening the atmosphere of the game, it has the capability of being a standalone album — carefully sequenced down to a 10-track selection by label founder Robert Raths. There is a considerably therapeutic quality about it, allowing the audience to transcend into a meditative state, which is what makes it a perfect partner for Everything. The music is a whole world of its own, yet part of the game’s universe. 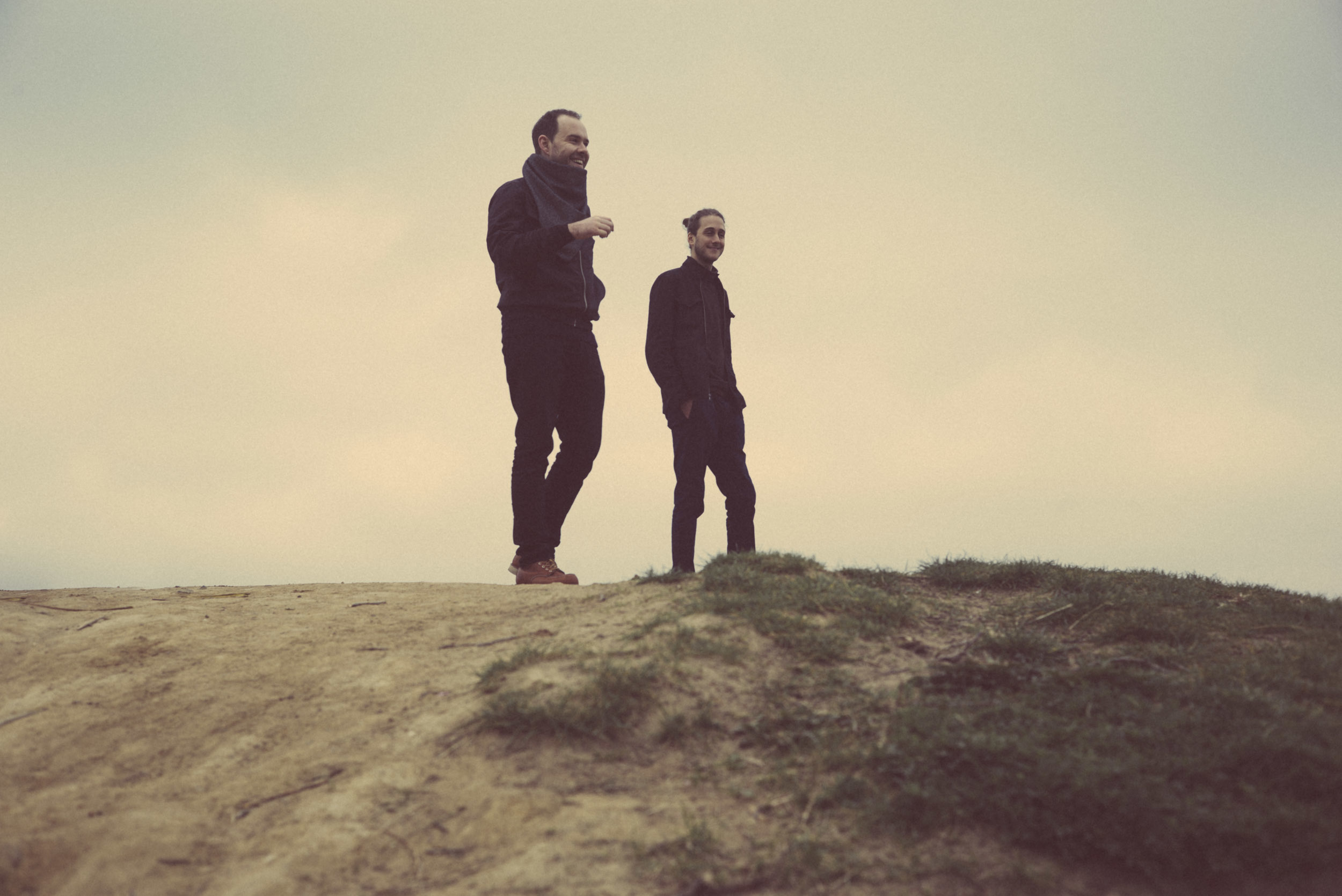 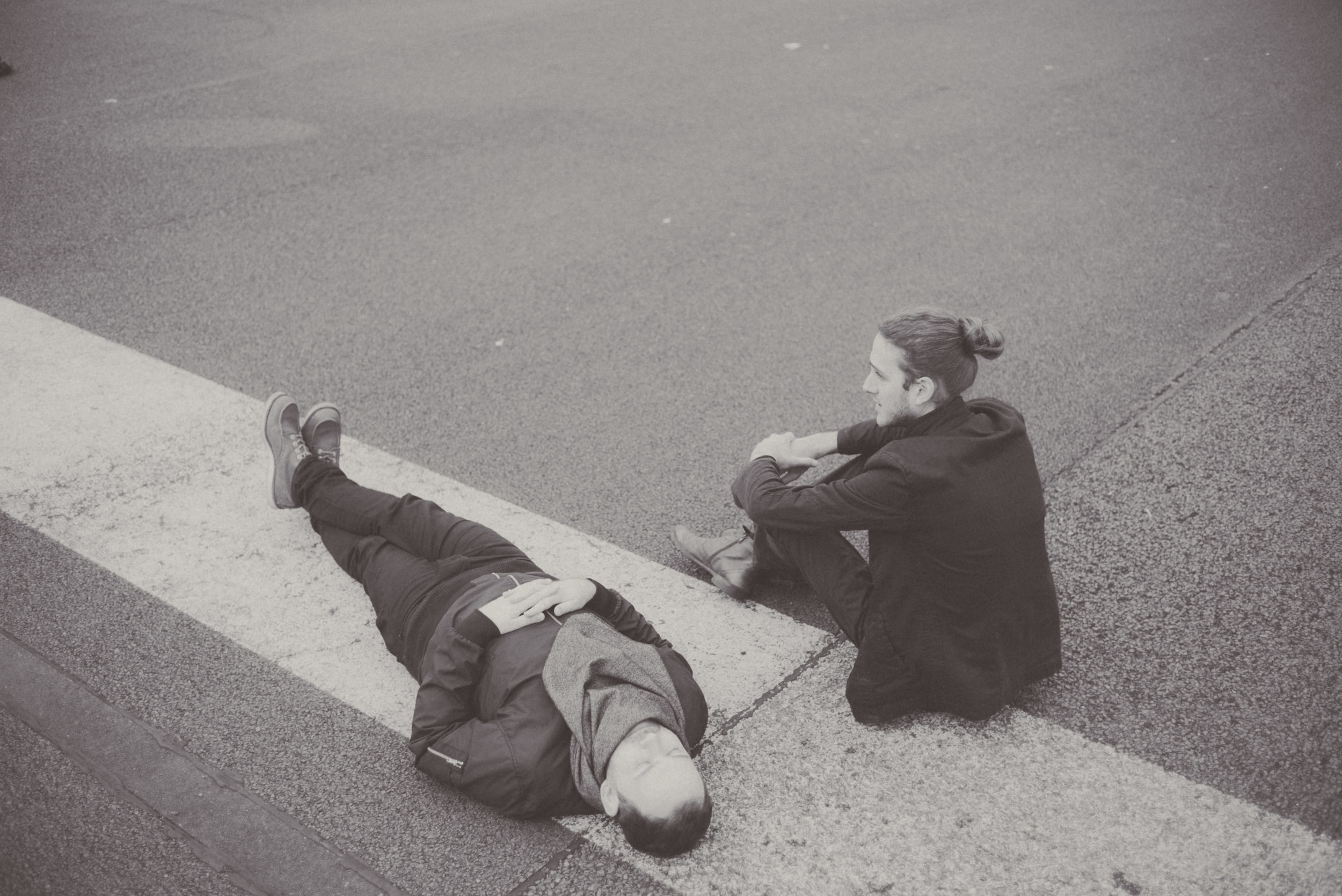 “Composing something quite modular yet coherent that connects with the idea and fabric of the game was quite a task. We discussed many approaches, from really mathematical and direct, to abstract and philosophical, and we ended up with a mixture of both. Every element depends and builds on another and connects to previous and following songs. May it be on a compositional or on an abstract and conceptual level, the game and the music follow the same path and shares almost the same inspirational DNA.“ — Ben Lukas Boysen

"Working on the soundtrack has been a truly inspiring collaboration. What fascinates me about the game is the self-exploratory approach it allows the player to experience; there is no purpose other than just being. This concept gave us wonderful freedom in searching for sounds and ideas that would fit the game. Throughout the score there is a subtle level of drama which gives depth to the game, yet the music never becomes predominant taking the player away from the main experience of being anything. Honest, simple and beautiful, Everything has been a rewarding creative journey to contribute to." — Sebastian Plano

The cover image features multiple components of the Everything universe, meticulously pieced together by David OReilly himself, in collaboration with designer Torsten Posselt at FELD.

“Creating the score for Everything was a colossal undertaking. Its scope is as wide as the game itself. The music encompasses a vast range of sound and texture, held together by the immense skill and talent of Ben Lukas Boysen & Sebastian Plano. Together they created an extraordinary library of music which gives this game great dignity and depth, and elevate the experience beyond what I could have imagined.” — David OReilly 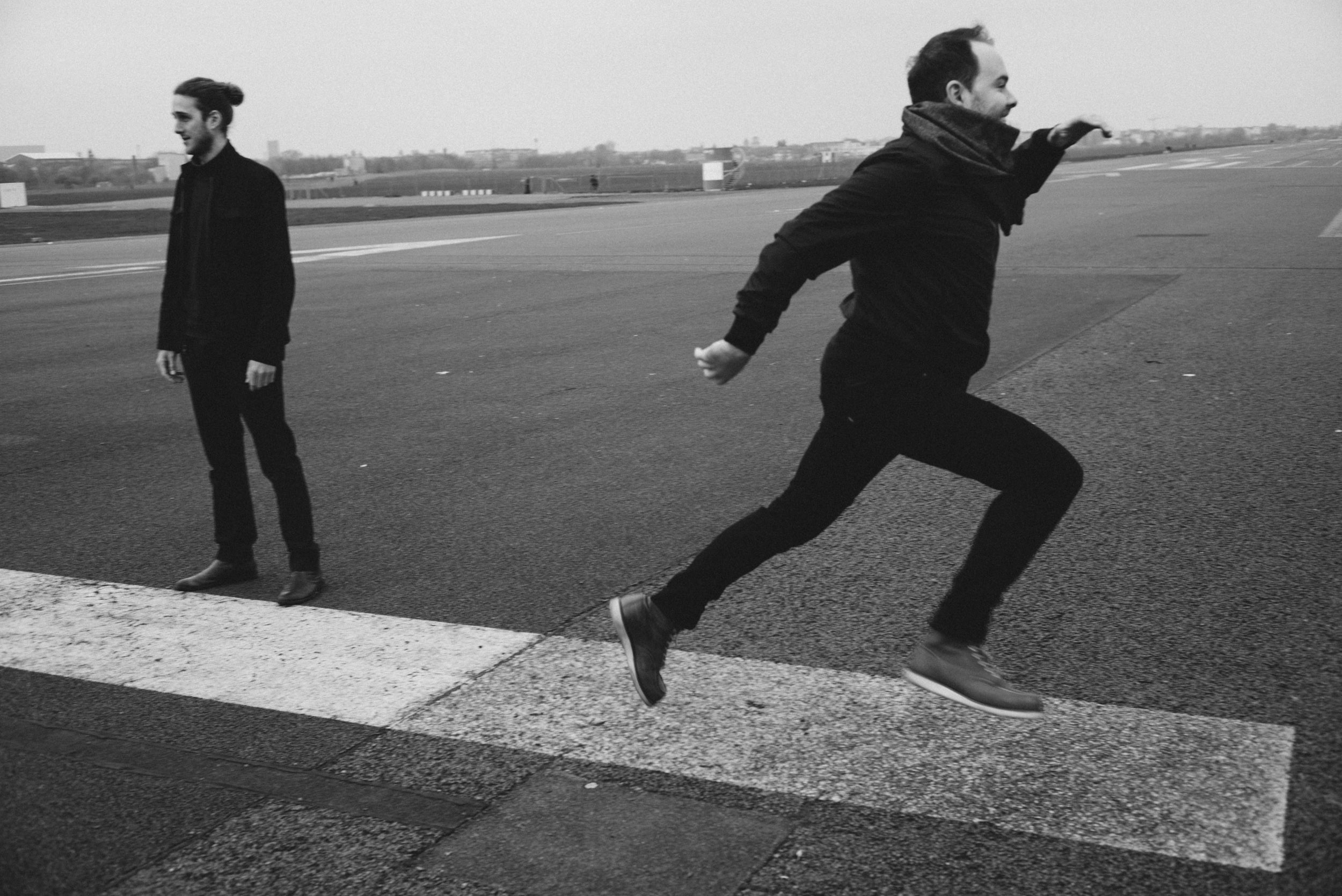