Japanese vocal performer hailing from distant Shiretoko in Hokkaido who now resides in London. Hatis Noit’s accomplished range is astonishingly self-taught, inspired by everything she could find from Gagaku — Japanese classical music — and operatic styles, Bulgarian and Gregorian chanting, to avant-garde and pop vocalists.

It was at the age of 16, during a trek in Nepal to the Buddha’s birthplace, when she realised singing was her calling. While staying at a women’s temple in Lumbini, one morning on a walk Hatis Noit heard someone singing. On further investigation it was a female monk singing Buddhist chants, alone. The sound moved her so intensely she was instantly aware of the visceral power of the human voice; a primal and instinctive instrument that connects us to the very essence of humanity, nature and our universe.

The name Hatis Noit itself is taken from Japanese folklore, meaning the stem of the lotus flower. The lotus represents the living world, while its root the spirit world, therefore Hatis Noit is what connects the two. For Hatis Noit, music represents the same netherworld with its ability to move and transport us to the other side; the past, a memory, our subconscious.

After participating in a memorial and appreciation ceremony tailored to the withdrawal of the evacuation area in Fukushima on 31st March 2017, Hatis Noit collaborated with renowned visual artist Nobumichi Asai on a project titled Inori (prayer) which they premiered live at Mutek Japan in Tokyo.

Having recently moved to London, she's performed solo shows and appeared at various festivals across Europe, including a special live performance at the Milan Fashion Week 2018. Hatis Noit has collaborated with Kevin Richard Martin aka The Bug, the NYX Electronic Drone Choir and appeared on recordings by fellow countryman Masayoshi Fujita as well as Ukrainian pianist and Continuous Music pioneer Lubomyr Melnyk. Most recently she's been invited by David Lynch to perform at his Manchester International Festival takeover, followed by headline shows across Europe and beyond, culminating in a much applauded sold-out London show with the London Contemporary Orchestra at Southbank Centre.

Tipped by The Guardian as One To Watch in 2020, Hatis Noit is currently working on her full-length album to be expected around summertime. She will appear as part of the Erased Tapes 2020 nights in Hamburg, Paris, Nantes followed by a collaboration with cinematographer Vincent Moon for Elevate in Graz, Austria — with more live dates to be announced soon. 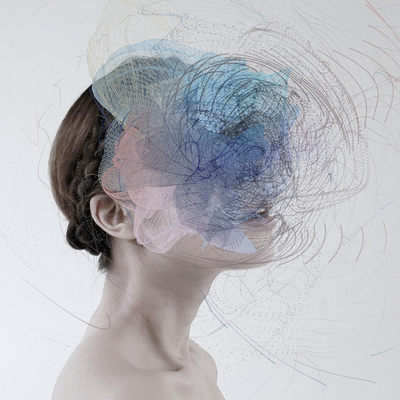