Classically trained at Frankfurt University of Music and Performing Arts under the renowned cellist and conductor Michael Sanderling, Anne Müller performed as a cellist in many of Berlin’s symphonies for some time before choosing a different path with her music and focussing on novel approaches to classical instrumentation. A profound believer in the power of artistic collaboration, Anne’s skilled cello playing and instinctive composition became extremely sought after. Following her work with Nils Frahm, an enduring partnership with singer-songwriter-composer Agnes Obel ensued, touring for five years together and featuring on two albums (Philharmonics and Aventine) and most recently, working with multi-instrumentalist Markus Sieber (aka Aukai) on his 2019 album Reminiscence. In between all this, Müller also co-founded the progressive live project Solo Collective along with violinist/singer Alex Stolze and pianist/conceptual artist Sebastian Reynolds, releasing Solo Collective Part One in 2017.

A solo record in every sense of the word, Müller wrote, recorded, arranged and produced Heliopause. The album is named after the boundary where the sun’s wind ceases to have influence. It is ultimately, the border of our solar system. The name struck a chord with Müller since the two voyagers sent on an exploratory mission 42 years ago, recently crossed the Heliopause, entering into interstellar space and losing power from our own sun. Müller recognised herself in this moment, not only approaching the same age as the voyagers, but also breaking new ground; having relied on collaborating with so many other stars and now venturing into the unknown with her first solo statement; “Heliopause marks the end of a long journey but also the start of voyages to explore strange new worlds”

Both as the closing title track and album as a whole, Heliopause crosses these physical and invisible borders throughout, sending the cello as a typically classical instrument to exciting new and uncharted territory. 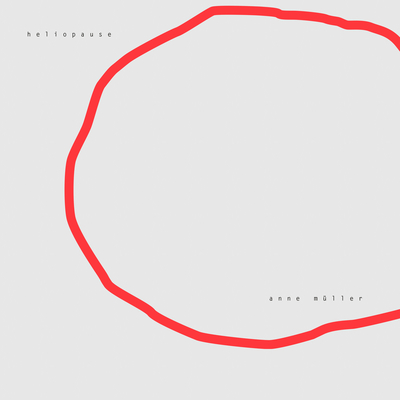